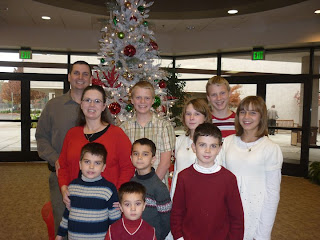 i am so glad to hear that, all things considered, everything is going well! the transition for the girls and with the girls is hard work. they come with all kinds of expectations that end up being a surprise to us, especially with the language barrier, it's hard to communicate what is going on. :) i gave myself a year for the new "normal" to set in, and as an encouragement to you, felt like we were there by 7 months.

we came home to too much junk too and this is the year to get rid of it. (have you read "Radical" by David Platt?) i sometimes also miss the *simplicity* of life in ukraine - i do not miss the 3 turns of the door lock however and remember hanging my head in dread once we outside our apartment only to remember that i had forgotten something back inside.

thank you for letting us know how things are going! we will continue to keep you in our prayers.

We are so blessed by your faith, thank you!!!

We keep checking your blog to see how you are doing. We looked for you at the airport that Wednesday after we all met at the Embassy. We wondered what happened and prayed for you all too. Our busy little guy did pretty well on the flights home too. But the first few weeks were very difficult...it was like taming a wild animal! But the Lord is faithful and he's finally settling in. Slava is 5 and pretty smart, but his behavior is more like a 2 year old...with the "terrible twos"!
Happy to hear you are all home!
Blessings,
Wayne & Sandra Flach

thanks for praying and checking on us Sandra. right after you and the other couple left the embassy we were told we were not getting our visa that day. I'm sorry it tok so long to post an update. we hit the ground running and time is not in excess right now. i have read you jan. 8 post and will read more as i am able. we continue to pray for all those we have met along our adopton journey and covet your prayers.